I have provided some of the most important core language enhancements for JDK 9.0, along with code samples. The examples provided below can be directly pasted into your IDE and you may name the class as provided.

As a Developer, the ones that impact our day-to-day lives mostly fall in the areas of:

Even though others are also very important, they can be studied, researched and mastered as and when the need arises. Before we get into the Java 9 Changes, let us get into the Java 8 changes that matter to understand each of these better. I will only enlist those changes that I have not covered in my earlier blog entry at: http://techilashots.blogspot.in/2015/05/java-se-8-whats-new-part-0404.html


1. Default Interface Methods
Whenever there is existing or legacy code which has Interfaces that require addition of new methods - It causes breakage of existing classes that inherit/implement from this Interface unless the implementation for each of these added methods is provided in the classes. This is not very maintainable code. Even though a good practice as per SOLID and other OO paradigms to provide an interface without any implementation - we need to handle and solve the problem as mentioned above. This is where Default Interface Methods come in.

From the Example Above, the LegacyPublicInterface in an Existing Application is already extended by Multiple Invoice Types (For Example in an Inventory System). But as per changing business, Re-Engineering effort requires that each of the Invoices have a method to invalidate or remove an Item marked with "OOS". Given such a problem, Prior to Java 8, we would have to introduce a new method declaration in the interface and then require that each of the implementing classes implement their own logic for handling this. With Default Interfaces, the task becomes very simple (The code is now more maintainable and extensible and requires very less effort to change). With the introduction of thus feature of Default Methods, the following are the possibilities:


So, Let's get further into each of these changes in Java 9, one-by-one.

[A] @SafeVarargs is Allowed on Private Instance Methods
Using non-reifiable variable argument parameters in a method can cause multiple warnings when trying to compile code, such as:

Hence @SafeVarargs was introduced to suppress such warnings on unchecked or unsafe operations. By using this, the developer is signalling to the compiler that he has made sure that there will be no Heap Pollution (such as unsafe forEach operations) caused.

Prior to Java 9, @SafeVarargs is allowed on non-overridable methods such as in static methods, final instance methods and constructors. Note that the annotation will throw an error if it is used in fixed arity methods.

In Java 9, @SafeVarargs can be used on private instance methods.

[B] Underscore as a Variable Name is not Legal Anymore
Using only the _ (underscore character) as a variable name is not legal anymore.This is because it is marked as a reserved keyword from Java 1.8 (But causing compilation failure only in Java 1.9).
This may cause a some issues when compiling legacy source code, especially which had a necessity to denote some specific resource or entity using the _ (underscore).  It may have to be rewritten and may have many related ramifications.

[C] Private Interface Methods have been Introduced
Interfaces in Java 9 are allowed to have Private Methods. This was done to allow code sharing between non-abstract methods in the Interface. All rules related to ordinary Private modifier apply to these methods. The point to note is that a method cannot be both private and abstract. It definitely needs to have a method body.

[E] Allow Diamond with Anonymous Classes If the Inferred Type's Argument Type is Denotable
Upto Java 8, using Generics and Diamond Operators with Anonymous Classes. It was mainly because the compiler could not infer whether it can represent the type in the Argument passed to the Diamond Operator.  JSR 334 has the following to say about using diamond with anonymous classes:

"Using diamond with anonymous inner classes is not supported since doing so in general would require extensions to the class file signature attribute to represent non-denotable types, a de facto JVM Change."

"Internally, a Java compiler operates over a richer set of types than those that can be written down explicitly in a Java program. The compiler-internal types which cannot be written in a Java program are called non-denotable types. Non-denotable types can occur as the result of the inference used by diamond. Therefore, using diamond with anonymous inner classes is not supported since doing so in general would require extensions to the class file signature attribute to represent non-denotable types, a de facto JVM change. It is feasible that future platform versions could allow use of diamond when creating an anonymous inner class as long as the inferred type was denotable."

With Java 9, the Java Compiler has changed its Inference Algorithm in a way that Diamond Operator (Generics) can now work simultaneously with Anonymous Classes, as long as the Argument Type of the Inferred Type is Denotable. The important point to note is that things that fall under Denotable are Primitive Types, Raw Types and Non-Generic Types. Non-Denotable means ones that cannot be written in a Java Program, like usage of Extends, Super along with Wildcard Types in Generics. These are usually inferred by the compiler. So, as long as the compiler identifies that the Argument Type of Inferred Type is Denotable - You can use the Diamond Operator in Conjunction with Anonymous Inner Classes.

JEP 102: Process API Updates
With Java 9, one can retrieve the PID of the process through a native call. This is achievable through the ProcessHandle. Also, we can retrieve information about the currently running Java Process (JVM) and Info (Inner Class of ProcessHandle) Class/Object that contains details on the process. We can also enlist or return a snapshot of all currently running processes in the system.

JEP 193: Variable Handles
Java's Concurrent Package (java.util.concurrent.atomic) provide all Atomic Types for performing atomic operations. Apart from this,  Unsafe Operations (sun.misc.unsafe) such as creating objects without calling the constructor used in Java Low-Level Programming require to be hidden from the outside world as per JEP 260: Encapsulate Most Internal APIs This has led to creation of a new abstract class type named VarHandle - This will allow a developer to assign different types to the same reference (dynamically typed reference). It can also take care of performing atomic operations on the held variable, including compare and swap (set or exchange) operations. It also provides memory fencing operations, to order the in-memory representation of the object, by providing finer grain control.
JEP 254: Compact Strings
Although this has no external ramification to a developer in terms of syntax or semantics change - It may impact the way we design for memory and performance. The current UTF-16 representation uses 2 Bytes for Storage. Most of the string contain characters that are only Latin-1 in nature. The Latin-1 characters require only 1 Byte for Storage. With Java 9, String storage has been modified to start with an Additional Encoding Flag. This flag indicates whether it contains ISO-8859-1/Latin-1 characters or the UTF-16 characters. As per the official word, It has lead to an Improved Usage of Memory and Efficient GC, but with Some Loss in Performance at Peak Loads.

JEP 264: Platform Logging API and Service
This defines a Minimal Logging API for the Platform and also provides a Service Interface for the consumers of these messages. The implementation for this interface can be provided by logging libraries or application itself to Route the Messages appropriately to the application specific logging framework or implementation being used such as [Log4J or SLF4J]. Whenever an implementation is not available, the run-time switches to Default Java Logging Package. (java.logging). This also allows to detect BootStrap Issues.

JEP 266: More Concurrency Updates
There is a continually evolving thought process on concurrency. With Java 9, An Interoperable Publish-Subscribe Framework has been provided. Also, enhancements to the CompletableFuture object has been provided, along with Numerous Implementation Improvements since JDK 8 that includes JavaDoc Rewording. An Interoperable Publish-Subscribe Framework, also known as Reactive Streams allow two-way communication based on the traffic or volume at each end of the stream, Publisher and Subscriber. The enhancements to the CompletableFuture API include methods that allow a Future to complete with a value or with exception, after a Timeout period. Also, a Delayed Executor has been provided to allow a task to execute after some delay.

JEP 268: XML Catalogs
An XML catalog is made up of entries from one or more Catalog entry files. A Catalog entry file is an XML file whose document element is Catalog and whose content follows the XML Catalog DTD defined by OASIS. With Java 9, a Public API for XML Catalog Management. The external references in the catalog needed to be resolved repetitively. But with this new API, an API containing CatalogManager, Catalog and CatalogResolver can be used to reduce or eliminate this external invocations, when the catalog resource already exists locally. It creates a Local Catalog and will allow JAXP based processors to resolve to this local catalog.

JEP 269: Convenience Factory Methods for Collections
This addition makes it convenient for the Developer to create Immutable Collections out of existing collections, be it Set, Map or List. A static factory method of() added to each of the interfaces - Set, Map and List. It is important you understand the following (even though consistent with previous versions of Java):

JEP 274: Enhanced Method Handles
A method handle is a typed, directly executable reference to an underlying method, constructor, field, or similar low-level operation, with optional transformations of arguments or return values. These transformations are quite general, and include such patterns as conversion, insertion, deletion, and substitution.  [Incomplete Description]

JEP 277: Enhanced Deprecation
With an eye on maintainable and more informative code, the Developer defined Deprecation now allows us to mark deprecation with additional elements of information like forRemoval and since. The forRemoval allows allows to mark that this item may be removed in the future versions of Java and since provides information about when it was first introducted.

JEP 285: Spin-Wait Hints
For multi-threading applications, this brings in some performance improvements under Busy-Waiting or Spin-Waiting conditions. Usually, Busy-Waiting is done for synchronization of some state of the object between two or more invokers - Waiting for a condition to occur before processing starts or continues. Thread.onSpinWait() has been introduced as a static method in the Thread class and can be optionally called in Busy-Waiting loops - This will allow the JVM to issue processor instructions on some system architectures to improve Reaction Time in such Spin-Wait Loops and also Reduce the Power Consumed by the Core Thread or Hardware thread. This benefits the Overall Power Consumption of a Program, and possibly Allowing other Cores or Hardware Threads to execute at Faster Speeds within the Same Power Consumption Envelope.

JEP 290: Filter Incoming Serialization Data
This feature is related to the addition of filters at the serialization incoming streams to improve security and robustness. The core mechanism is a filter interface implemented by serialization clients and set on an ObjectInputStream. The filter interface methods are called during the deserialization process to validate the classes being deserialized, the sizes of arrays being created, and metrics describing stream length, stream depth, and number of references as the stream is being decoded. The filter returns a status to accept, reject, or leave the status undecided.

JEP 259: Stack-Walking API
Prior to Java 9, The way to access Stack Trace was very limited and provided the entire dump or stack information at once. This was inefficient and did not allow any direct way of filtering data. With Java 9, a Lazy StackWalker API has been introduced. This will allow to fetch data based on filtering conditions and is more efficient.

I will keep adding the below mentioned to this article. Please do check back again around 30-May-2017! :-) 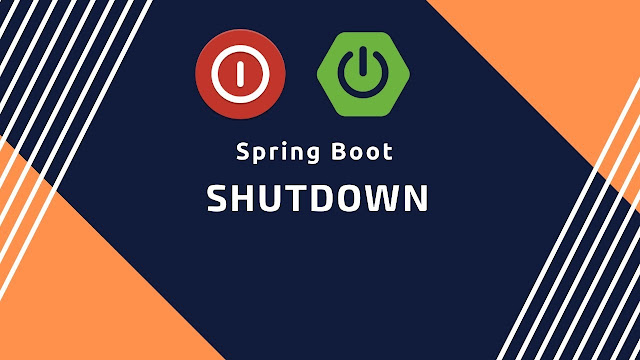